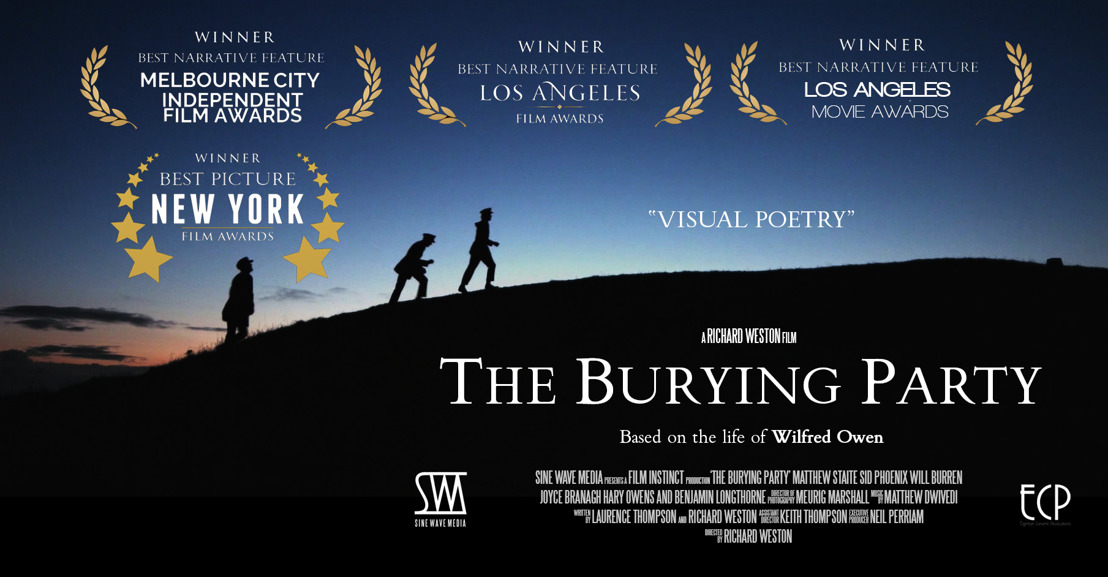 On November 4th 1918, he finally fell at the Sambre-Oise canal in the culmination of The Somme campaign near Ors in France.

Filming took place In Wirral, Liverpool, Edinburgh and North Yorkshire in September followed by a November of the war scenes staged in specially prepared trenches in Suffolk and Wrexham. The cellar of the Bombed Out Church on Leece Street was used to depict Wilfred Owen's final bilet where he wrote his moving letter to his mother, Susan. The Athenaeum in School Lane was the location for Robbie Ross' famous house on Half Moon Street in London.

Writer and Director Richard Weston is originally from Wallasey and a former pupil of Calday Grange Grammar School. He said: "The casting was rigorous, and we needed a team that could carry the weight of such a powerful story. Wilfred Owen (Matthew Staite) is a fascinating character who has never been truly realised. Dominic Hibberd's biography is immensely important in underlining his sexuality, which had a huge influence on his work.

It has been a very encouraging month of recognition. The cast and crew have been justly rewarded for their huge effort and talents. If we have exported the work of such a great writer to the international community then we have reached a major objective."

The Burying Party will be screened in the first week of November, 100 years after his death. The film will have special showings in regions that were significant to Owen during his life namely Birkenhead, Oswestry, Shrewsbury, Edinburgh, East London and of course The Somme.

Weston added: "We are still crowd funding, mainly to enter as many key festivals as we can and also to receive a rating from the Motion Picture Association of America. We have raised the £15k to make the film through crowd funding campaigns and through our own resources but now we need to put icing on the cake."

To find out more about the film and the fundraising push visit www.theburyingparty.com or Twitter and Facebook